1.1.1 The overarching framework for development in Ipswich Borough to 2027 has been set out in the Core Strategy and Policies plan adopted on 14th December 2011 (currently being reviewed). The Core Strategy also identified strategic sites for development at the Northern Fringe and the former Crane’s factory. The Proposed Submission Site Allocations and Policies (incorporating IP-One Area Action Plan) Development Plan Document (hereinafter referred to as the ‘Site Allocations’ DPD) adds the site-specific detail to that strategy across the whole Borough. It incorporates the ‘IP-One’ area of central Ipswich, which was previously dealt with in a separate plan. It will be accompanied by an updated policies map, showing on an Ordnance Survey base map sites for development and those for protection.

1.1.2 The previous version of the Site Allocations DPD was assessed in 2013 and subject to informal consultation in early 2014. Public consultation was undertaken (under Regulation 18) on two draft development plan documents (Core Strategy Focused Review and Draft Site Allocations DPD) between January and March 2014. The Core Strategy at this stage was published as a focused review, but the Council has now been advised that the extent of changes proposed amounts to a full review. The plan updates housing and employment numbers and allocates all the land at the Northern Fringe for the Ipswich Garden Suburb development, allowing more of it to come forward sooner. Therefore, the Council is reviewing the whole Core Strategy document to 2031 alongside the emerging Site Allocations plan.

1.1.3 Due to the Core Strategy being reviewed and subsequent re-organisation of the two documents the Site Allocations DPD has been subject to this updated SA. As part of the preparation process, a combined Sustainability Appraisal (SA) and Strategic Environmental Assessment (SEA) is being undertaken. The term SA shall be used to refer to the combined SA/SEA for the remainder of this report. This report presents the process and the findings of the SA of the Site Allocations DPD.

1.1.4 This report relates to the Proposed Submission Site Allocations DPD and is available for comment for 12 weeks between 12th December 2014 and 5th March 2015.

1.1 Background to and Purpose of the Site Allocations DPD 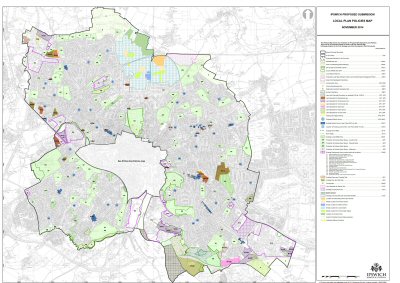 1.1.8 The preparation of the Site Allocations DPD commenced with a call for sites issued in February 2013. A joint Scoping Report for the Core Strategy Focused Review and the Site Allocations DPD was prepared for the scoping consultation, which ran between 25th October and 28th November 2013. Representations received from stakeholders and the public alike were considered when drafting the Site Allocations DPD and the corresponding SA Report. Another round of informal consultation was undertaken in 2014 on the full draft of the plan. Following the consultation, the plan has been reviewed and updated taking into account recommendations from the SA and stakeholder responses. Comments received on the SA Report and responses to these are contained in Appendix C.

1.2 Background to and Purpose of the SA Report

1.2.1 SA (incorporating the requirements of the SEA Directive1) has been undertaken on the Site Allocations DPD throughout its development. SA is an essential tool for ensuring that the principles of sustainable development are inherent throughout the preparation of the DPD and that it broadly complies with the relevant planning guidance. The overarching aim of the process is to contribute to better decision-making and planning. SA is an iterative process and follows a series of prescribed stages (refer to Section 2.2) in which the elements of the DPD are appraised against Sustainability Objectives, to encourage the selection of the most sustainable options and to ultimately improve the sustainability of the development that is brought forward.

1.2.3 This SA Report provides a summary of the SA process so far and presents the findings and recommendations of the assessment of the draft Site Allocations DPD. The key aims are to:

It is essential that the Proposed Submission Site Allocations DPD is read in conjunction with this SA Report.

1.3 Structure of this SA Report

1.3.1 Table 1-2 provides an outline of the contents and structure of this SA Report.

Table 1-2 Contents and Structure of this SA Report

1 Directive 2001/42/EC on the assessment of the effects of certain plans and programmes on the environment, June 2001